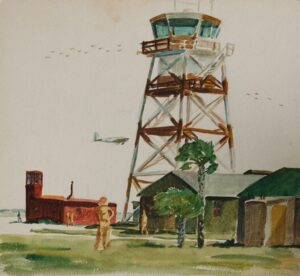 Wilfrid Berg was a Muskegon, Michigan artist who enlisted in the United States Army Air Corp in May of 1942, serving as a warrant officer until his discharge at the end of the war in 1945. Berg first came to Sarasota in 1942 for training at the Sarasota Army Airfield (now the Sarasota-Bradenton International Airport) with the 97th Bombardment Group of the United Sates 8th Army, on B-17 Flying Fortresses. The 97th, transferred to Sarasota from MacDill Airfield in Tampa, was the first United States Bomber Group to fly in daylight high altitude bombing raids from England. *

The above watercolor depicting the conning tower, palms, airmen, with a B-17 in the background and others in the air, from Berg’s Estate, was done by him while in training in Sarasota. Of his time in the Army Air Force during World War II, Berg is quoted in the Detroit Free Press (January 28,1990), “I was out everyday painting in the mountains. I didn’t care whether they busted me or not.” As an operations clerk, he painted his way through Casablanca, North Africa, Tunisia, Sardinia, Corsica, the south of France and Austria. 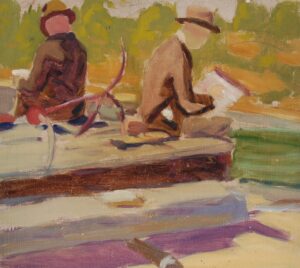 Wilfrid Berg, Sarasota. The Artist Painting, mixed media on plywood,12 by 14 inches. Estate label on back.

Like many veterans who first came to Florida for military training at army, navy or army air force bases across the state, Berg returned to Florida in 1946 to work with an old friend from Muskegon, Sarasota artist William Hartman. At the time there were almost 1300 artists and their families living in Sarasota. 200 were veterans. Space for exhibiting artwork was limited. In 1947 when rent became too high for the Sarasota Art Association in the downtown area, they moved to a hangar at the Army Airfield, and finally, in 1949, to a permanent building next to the Municipal Auditorium on Route 41.

Now with a large hangar empty, artists including Syd Solomon, William Hartman, William Holm, Jerry Farnsworth and Elmer Harmes, moved to the airport, listing their home as, Florida Art Colony Furniture, Airport. Wilfrid Berg was likely with them. In 1951 when Hartman and his wife Martha opened the Hartman School of Art, Berg was an instructor. Berg spent the winter seasons from 1946 to 1963 in Sarasota.

He never married, saying he couldn’t afford a wife, and refused a regular job “because it would cut into my painting time. I wanted to be free to paint whenever I wanted to.” Berg spent most of his life in Muskegon, Michigan. In 1988 the Muskegon Museum of Art sponsored a one-man exhibit of his watercolors, oils and lithographs, as “Wilfrid Berg, A Muskegon Treasure.” Florida can be proud of his work here. 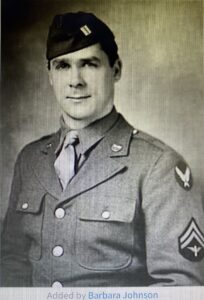 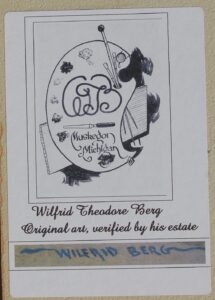