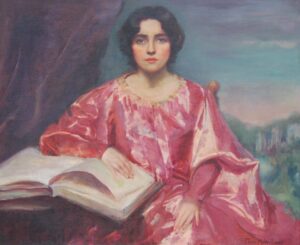 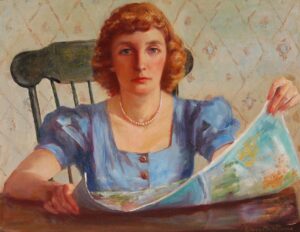 A well-known Miami portrait artist, Eloise Vail studied art at the Cleveland School of Art before marriage to New York City attorney Howard McWilliams, an 1888 Princeton graduate and a member of the Sons of the American Revolution. The couple moved to 3897 Leafy Way, Coconut Grove in 1937. In 1947 her self-portrait won best figure painting at the Miami Woman’s Club Annual Artist & Writers Breakfast. A member of the Florida Federation of Art, in 1942 McWilliams was elected into Miami’s prestigious Blue Dome Fellowship. She exhibited in Miami into the 1950’s before passing away at her home in Coconut Grove in 1969 at age 91.